When first taking up archery, it is soon discovered that learning to practice the clean release to let each arrow loose is more difficult than it appears. Typically, three fingers are used when lining up and firing an arrow.

This adds to the amount of vibration on the bow and can affect accurate targeting. To avoid injuring your fingers, using a pair of gloves is necessary. However, this puts further distance between the hunter and the bow action making clean releases even more difficult. 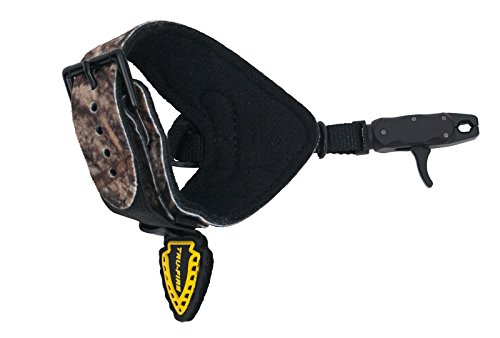 find out more at AMAZON*

Instead, by using a mechanical archery release, it’s possible to use a single finger release method. A caliper-based release is easy to understand and operate. Using a wrist strap model and a hand-held model, either one is easy to learn and use right away when compared to learning how to effectively fire an arrow cleanly without the use of a release.

Here are the Top 5 Best Archery Releases on the market (find out more at AMAZON): 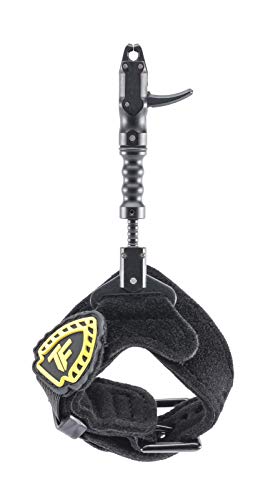 The TruFire Smoke Extreme Bow Release is an excellent archery release. Instead of using a V-shaped strap, it adopts a buckle design where the hunter is able to adjust the fit to suit their comfort. The interior is smooth and comfortable on the skin over long periods of wear and doesn’t get hot either. 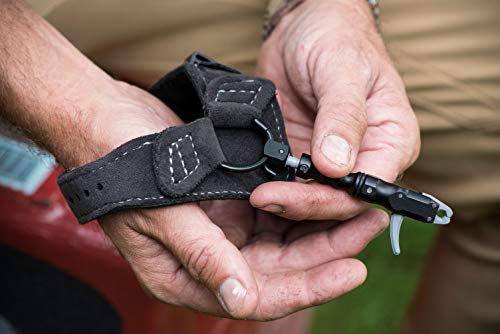 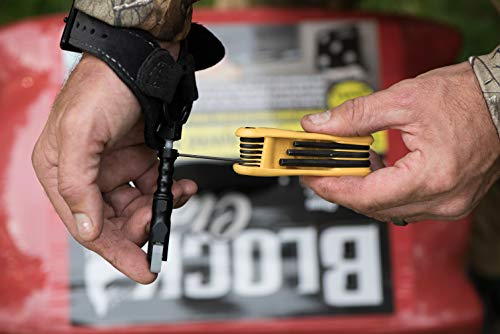 The protruding trigger sticks out well. The amount of travel on the trigger to activate release is modifiable depending on personal preference. The webbing between the strap and the head measures half an inch and is adjustable to bring the trigger closer (or farther away) from the hand.

The caliper is spring-loaded with a dual release made in the USA. The jaws open when the level is pulled back and closed again when easing off the release lever. The release rotates on a 360-degree axis. 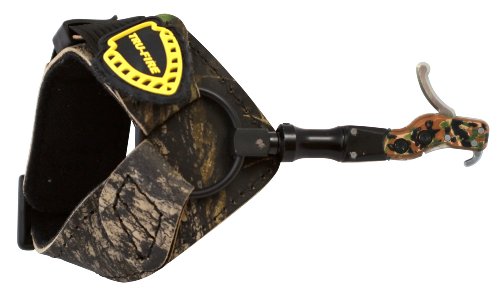 The TruFire Hardcore Buckle Foldback Adjustable Archery Compound Bow Release comes with a self-closing mechanism as one hook. The head pivots up to 20 degrees when ready to release to cut down on the amount of torque felt before shooting the arrow. The head pivoting feature is not found on many other similar products.

The buckle strap is adopted here instead of a more typical v-shaped design. This produces fast adjustments to cinch the strap tighter or bring the release nearer to your hand for easier activation. 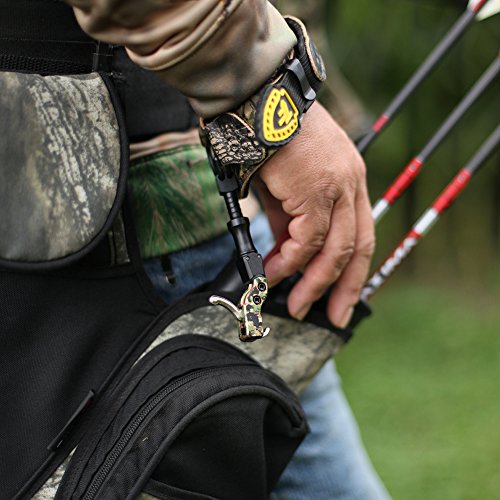 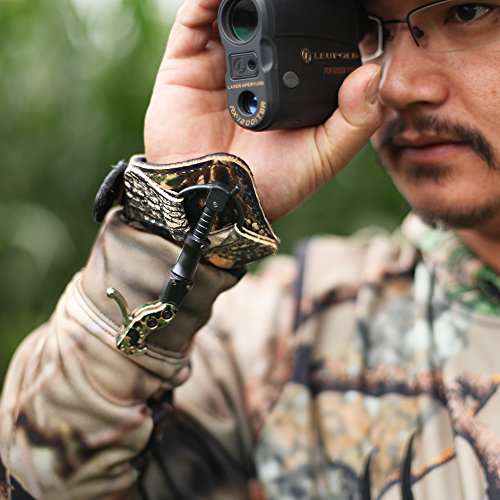 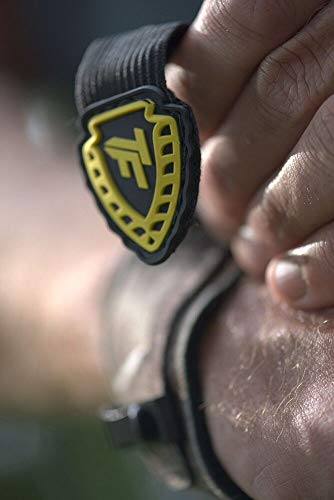 The webbing between the strap and the release is half an inch and is adjustable to make it shorter. The trigger itself is a 4 lb pull with the sensitivity adjustable using a screw turn to change the setting. 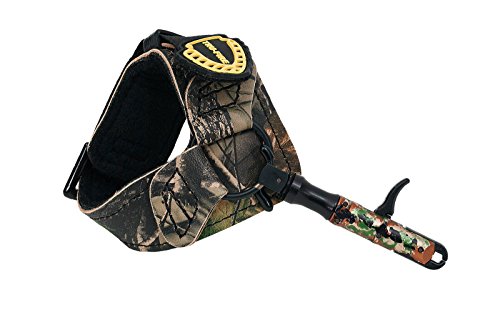 The TruFire Edge Buckle Foldback Adjustable Archery Compound Bow Release is a compact model that travels well but folds down when not in use. The trigger is spring-loaded so it moves the caliper’s jaws when depressing the trigger slightly. The movement is smoothly done to avoid any sudden unexpected release from a jerky movement. The caliper, trigger and all other parts of this bow release are made in the USA for reliable manufacturing and predictable results during use.

The camo strap goes around the wrist and is adjusted using the buckle. This provides ultimate adjustability to get the fit just right. 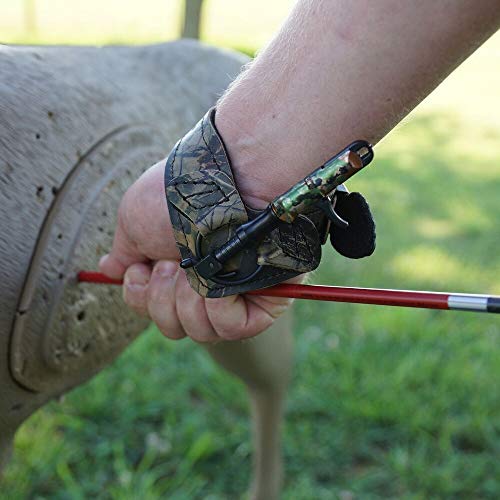 The webbing connecting the strap to the release is short and modifiable to bring the release closer for smaller hands. Wearing the buckle strap allows the hunter to have both hands free to climb or settle in to watch for their prey over several hours. 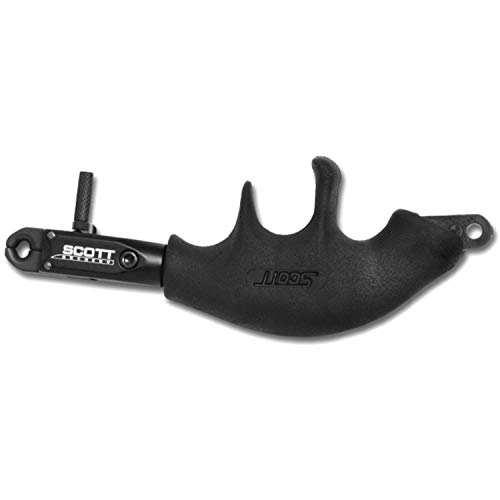 The Scott Archery Caliper Grip Release doesn’t sit above the wrist but instead is held in the hand. There is a hole at the end of the grip to help tie it to your wrist using paracord or hang it up between uses to avoid losing it (a common complaint of hunters with grip releases). The benefit here is that the grip can be stored out of the way when not in use rather than having to be worn on the wrist the whole time during a hunt.

The grip supports four fingers with tall inserts between them. Designed in a gray/black color, the handle bears the Scott logo.

The black shiny trigger mechanism at the end has a long, knurled trigger which is adjustable for sensitivity. The release rotates up to 360-degrees. The caliper jaws are either red or hot pink depending on the version received and stand out against the darker body. 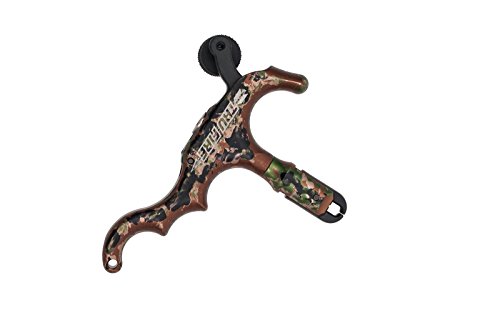 The Tru-Fire Edge 4-Finger Hand Held Bow Release is another hand-held product instead of a wrist-based release. This aluminum, American made model is durable. The CNC cut handle is designed to fit the hand well. The head will rotate up to 360-degrees to keep up with the directional movement of the bow.

The jaws open and close based on the caliper movement. The spring-loaded trigger makes it easy to take aim and release in your own time. The large thumb knob at the top is easily adjustable. 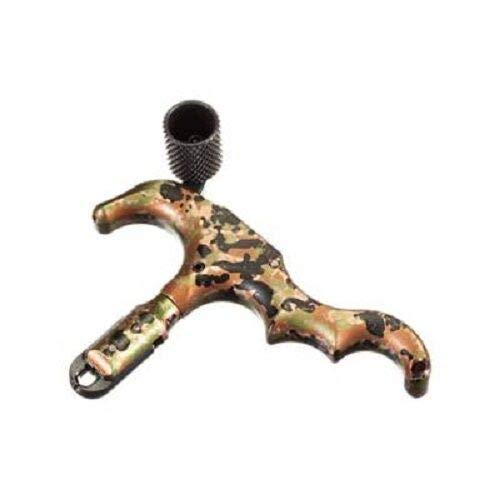 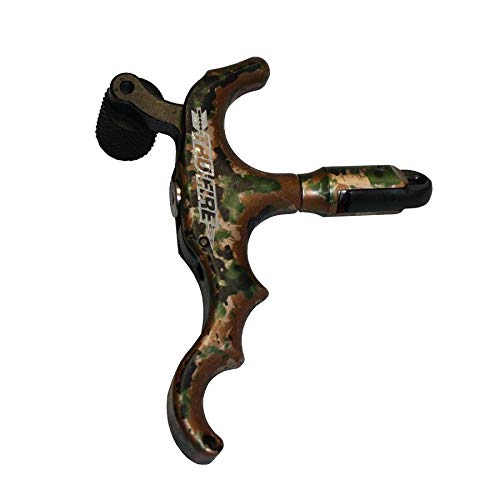 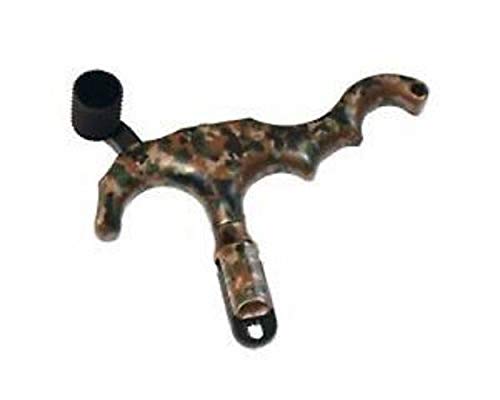 The camo is interesting here. It is a darker brown camo on the handle and a green-based camo on the release itself. The calipers are a black color and merge in nicely too.

The advantage of this hand-held aluminum model over the alternatives is how light it is both when not in use and when in use too. Even though wrist straps are fairly light given their use of nylon, their padding and bulk is still noticeable.

Finding the right archery release for your hunting is based on which type you believe is most appropriate. Some hunters much prefer the simple hand-held releases that they can bring to bear when needed and not bother with when they’re not near their prey.

They’re lighter and take up less space. Other hunters prefer the wrist strap despite its extra weight with the release hanging down when not in use. Mostly it’s about personal preference to determine what’s the most comfortable and leads to the best shots on target. 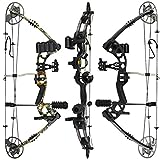 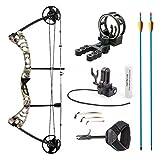 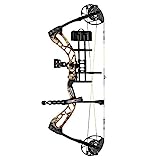 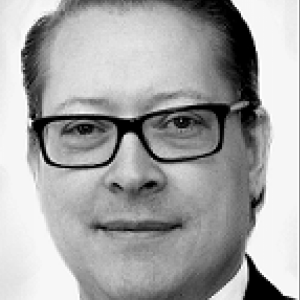 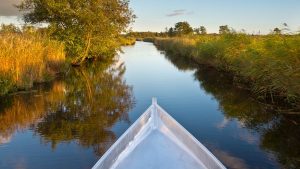 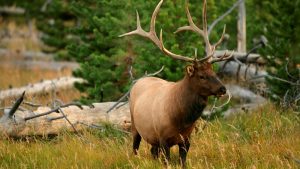 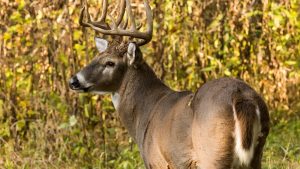 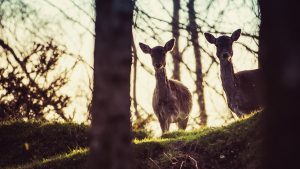 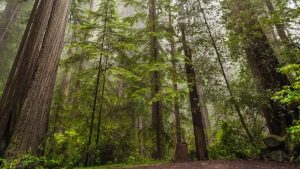 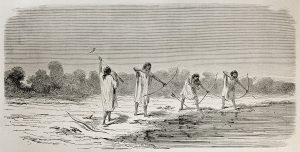